The visit was coordinated by Arts Midwest, who is funding a cultural exchange project between AIR and the Chilean press Taller 99. We spent a week in Santiago and Valparaiso seeing museums, printshops, meeting artists and getting a sense of what Chile can offer American printmakers for future residencies.

The next few posts will concentrate on different aspects of our visit. I would like to give a big thank you to Arts Midwest CEO and President David Fraher for setting this entire exchange up and AIR Director Robert Beckman for asking me to help organize this project.

Santiago is a beautiful, contemporary, and sprawling city of about 5 million people. This is a view of the financial sector of the city, with the new Gran Torre Santiago tower on the right. 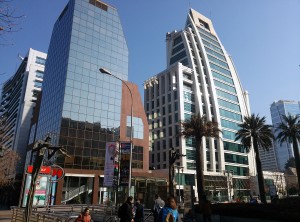 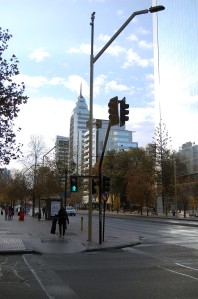 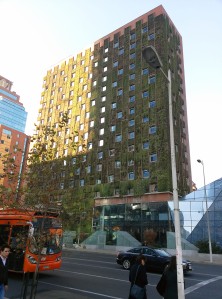 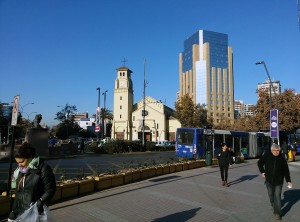 Santiago is a very inviting and walking friendly city. My favorite thing to do in the morning after coffee was walk around and take pictures of the city. 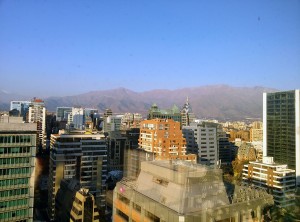 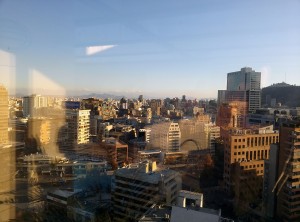 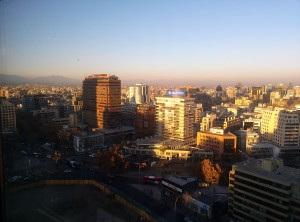 Because the city is in a valley, the smog can be pretty bad at times. But on clear days, you can see the mountains on all sides of the city. 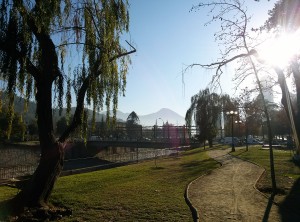 Just right outside of downtown, there is a great river/sculpture walk along the Mapocho River. 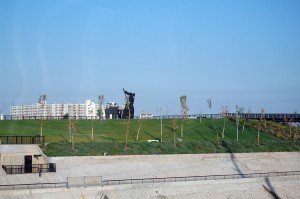 There is also LOTS of graffiti along the river bank, and in other parts of the country. Most of it was excellent. 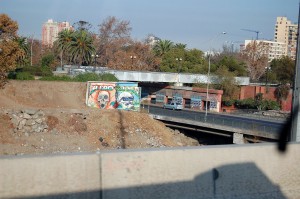 The country is still dealing with the aftermath of the Pinochet coup. When we were visiting, there were many protests by students and teachers.

And yet, at the same time the 2015 COPA America tournament was being held in Chile. Our hotel was a hot spot for Colombian fans.

And what trip would be complete without some comics. “Avengers”, a comic about the observatories at the Atacama desert and “Cone” a well known Chilean comic…