Below is a new print I made this summer for the “Cherry Bounce. Appalachian Artists. American Elections.” exhibition at the William King Museum of Art in Abingdon, Virginia.

For this show, a group of Appalachian artists were assigned an American election between the years 1788 and 2012. Each artist was asked to make an image in response to the election they were assigned. I was assigned the 1964 election between Lyndon Johnson and Barry Goldwater. Imagery was taken from 4 comic books, and I used the outline of the cowboy hat image taken from an LBJ election sticker.

“Martin Luther King and The Montgomery Story” a reprint, published originally in 1957 by the Fellowship of Reconciliation 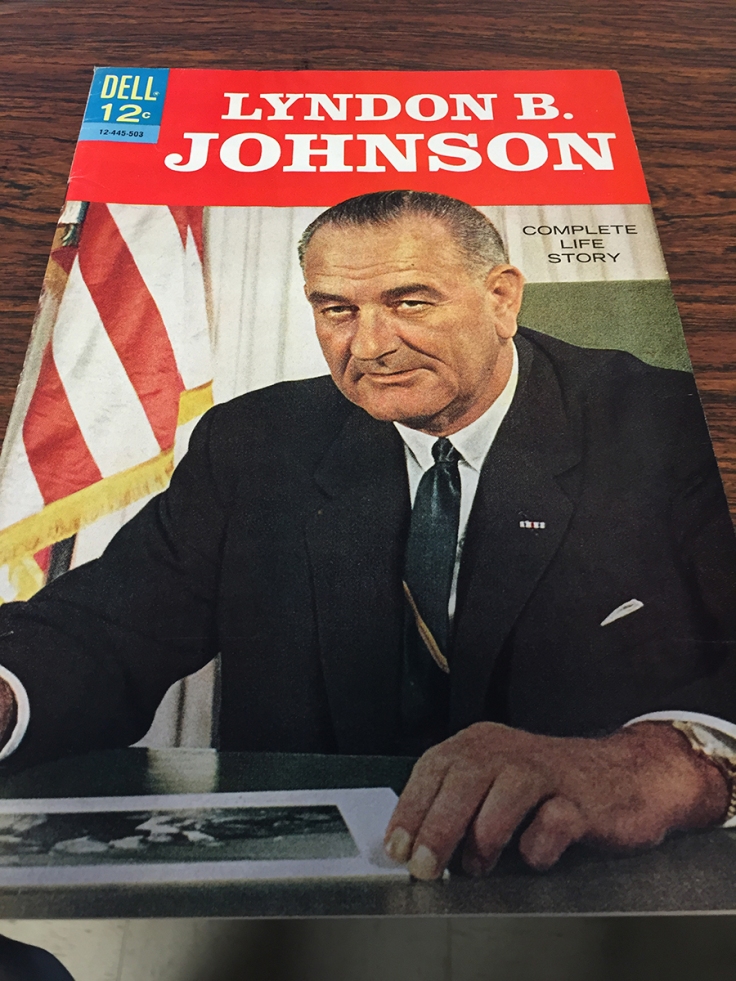 “Lyndon B. Johnson: Complete Life Story” published by Dell in 1964