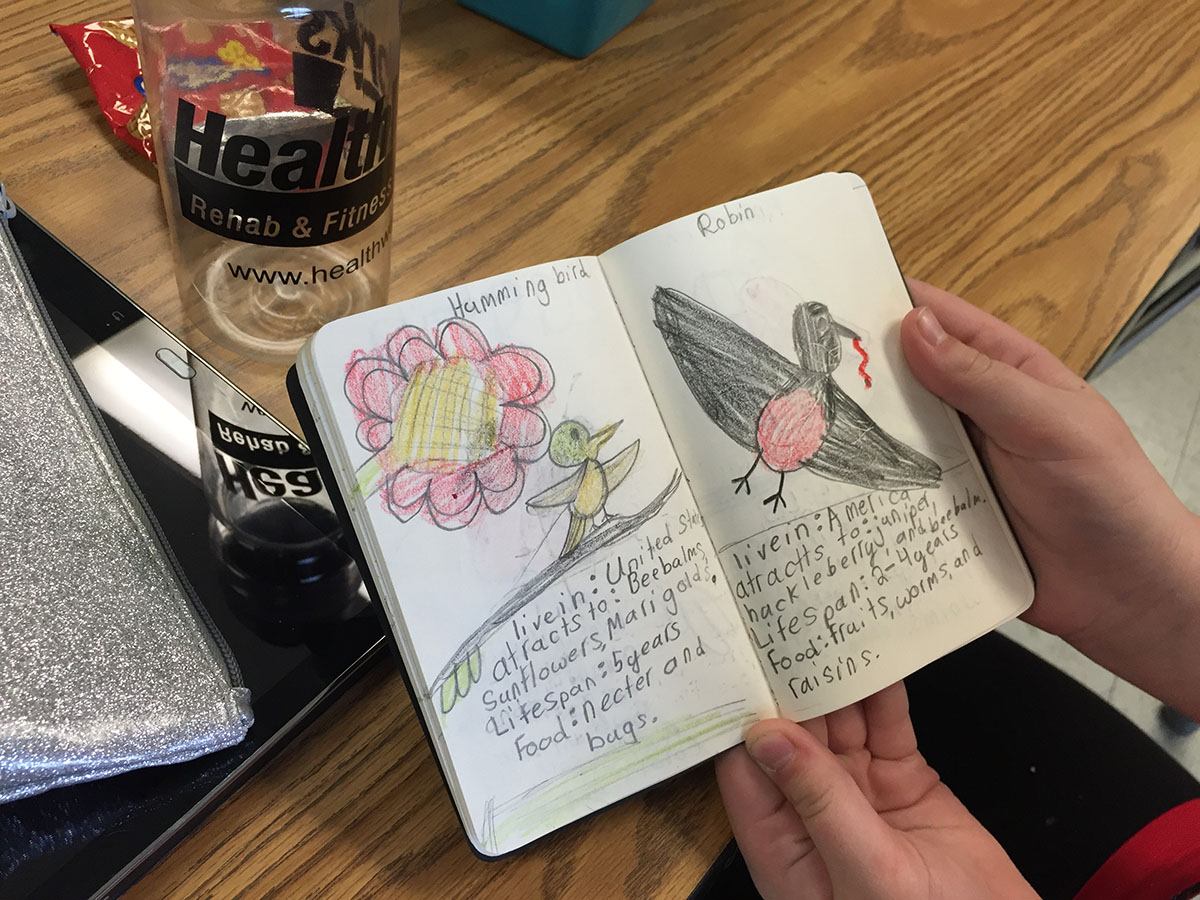 “SUPER STEAM to the Rescue!” was a semester long collaborative project.

This project went from February-May 2016, and I made multiple visits each month to see how the projects were progressing. There were three main aspects to this project:

1. Students did research into creating a friendly garden environment for regional birds, and made a new garden that relates to the already existing garden curriculum at North Elementary.

2. Students kept a sketchbook for their research, and made mini-comics based on the information they learned.

3. Some students were asked to draw regional birds onto metal sheets that were used to create a large bird house structure. 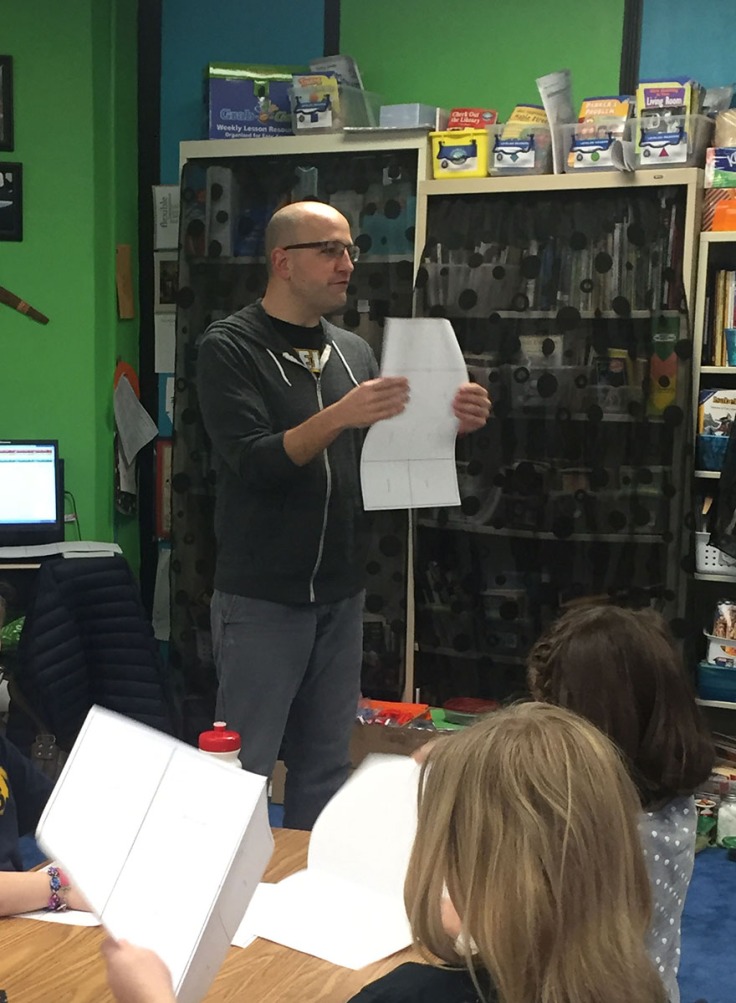 Day one of the project: I visited all three participating 4th Grade classes. We talked about the overall goals of the project, handed out their sketchbooks, and I introduced the comic format to them. The second I told them we were making comics, the students were motivated. This was a really exciting day. 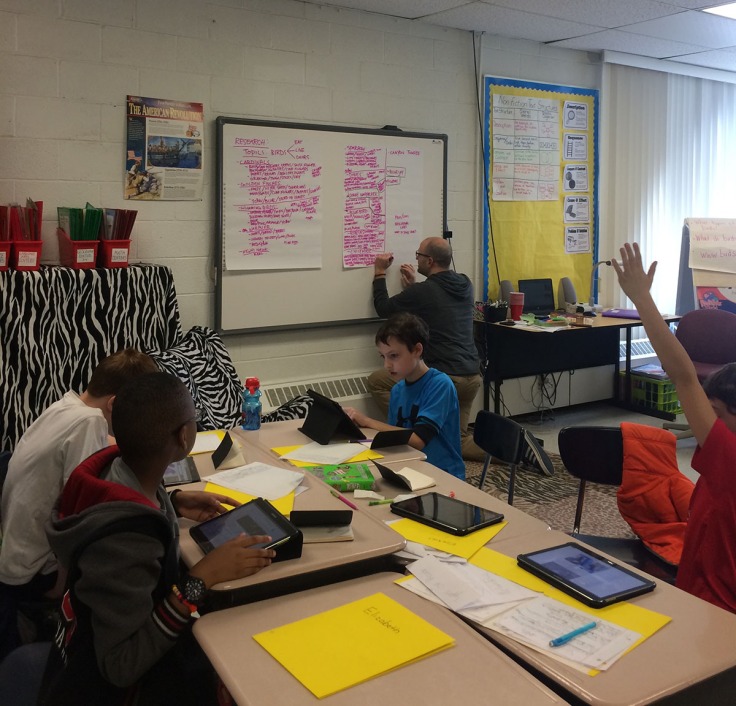 A few weeks later, I came back to each classroom to see how their sketchbooks and overall research was progressing. There was a lot of enthusiasm from the kids! 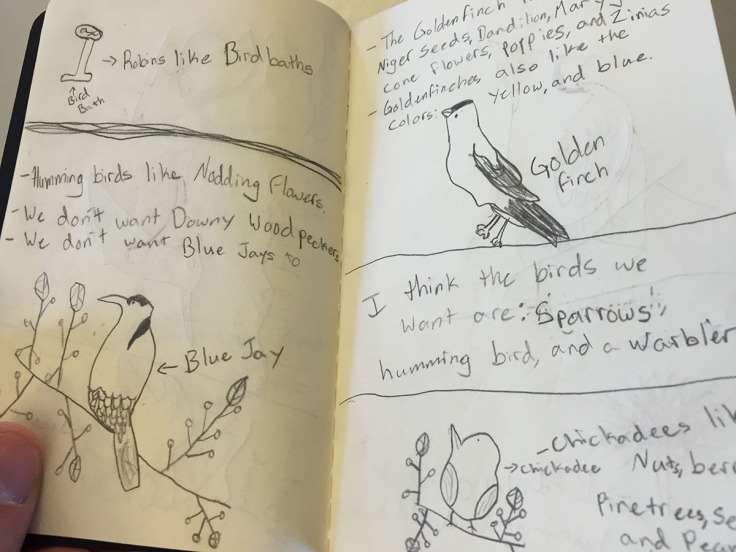 My intentions behind the sketchbooks was to relate drawing to understanding. Science and research used to be more tied to drawing. Sketchbooks weren’t just for artists, they were for all researchers. To draw something meant to understand it. 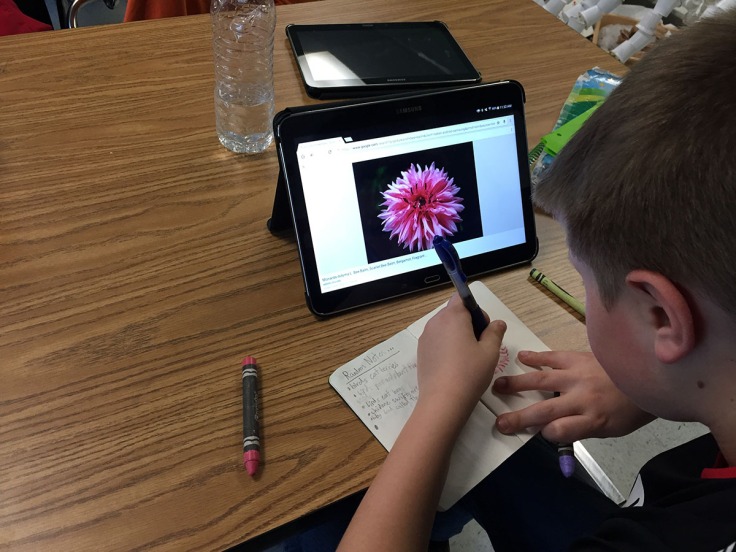 Students were also encouraged to use their available technologies to do research. This picture of a tablet AND a sketchbook being used simultaneously is exactly what I was hoping to see. 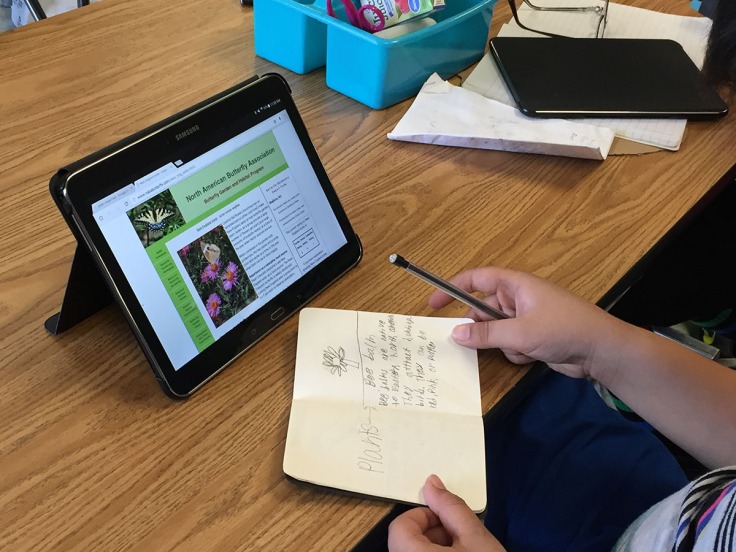 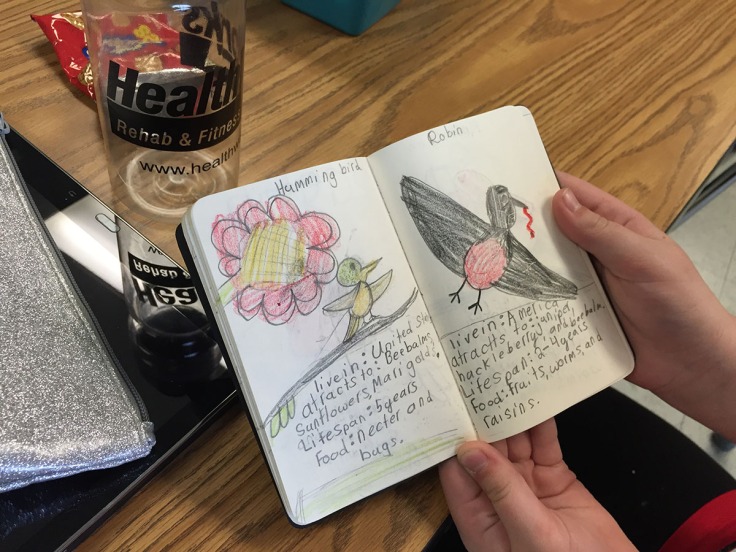 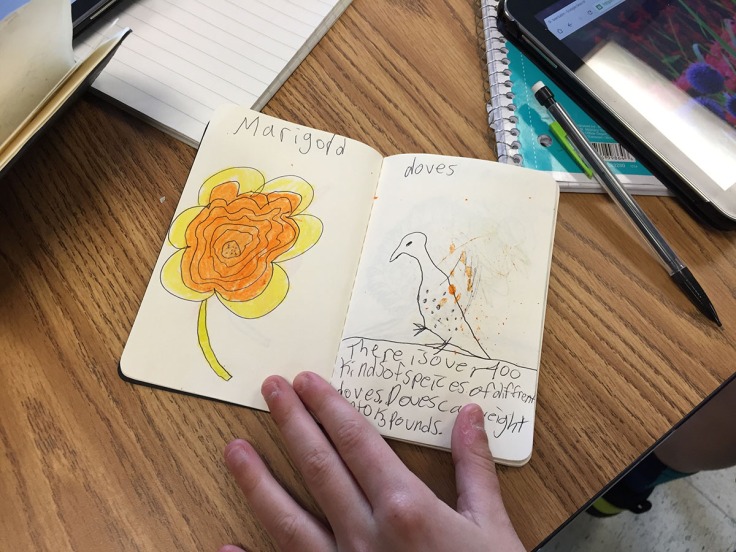 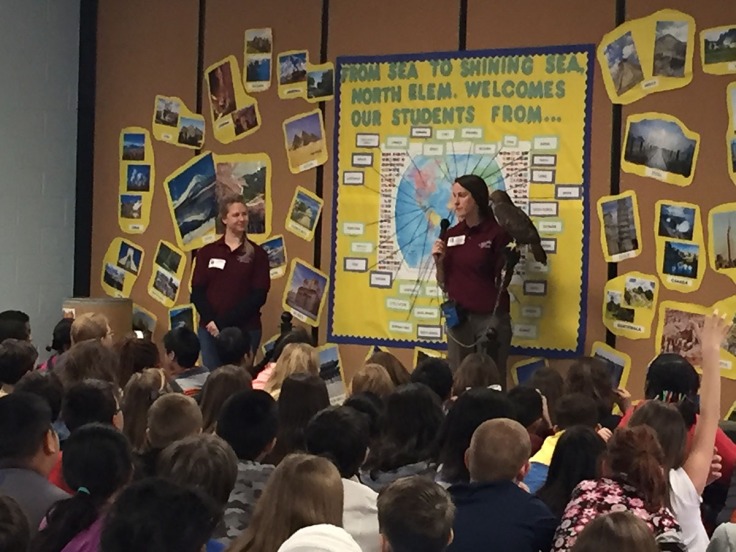 In March, students were visited by representatives of the Avian Conservation Center of Appalachia. They showcased a few birds that were recovering from some serious injuries. 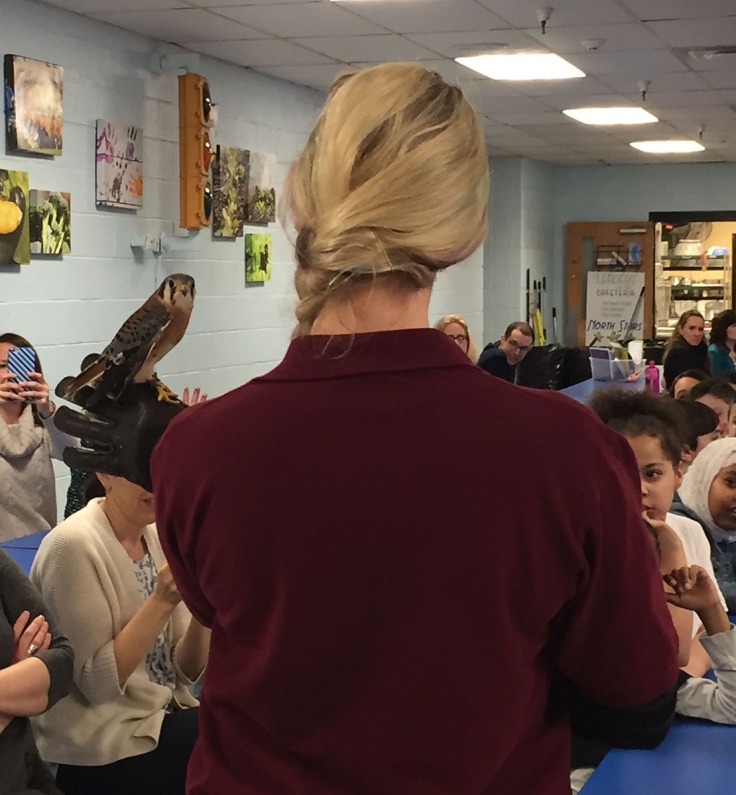 This was a really incredible day. We were able to see some extraordinary birds up close. 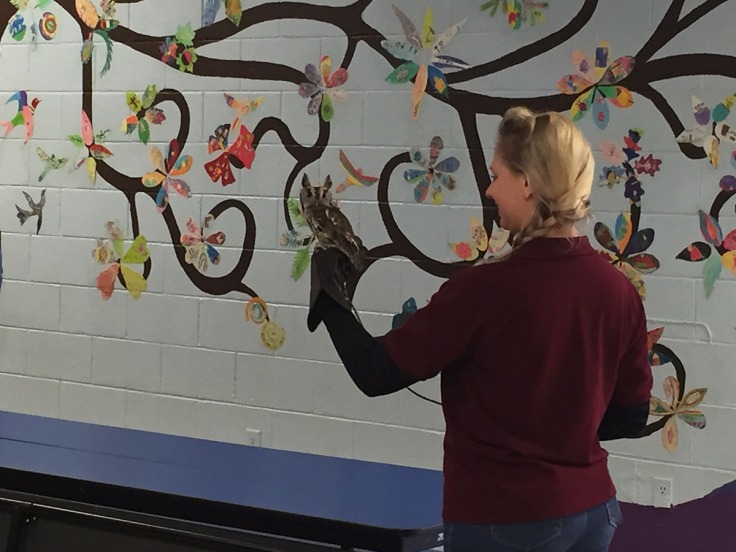 The first two months were filled with research, research, research. Getting sketches and drawings, working on their ideas for the gardens, so that once the weather started to warm up we could begin actually growing plants and making comics!

One thought on ““SUPER STEAM to the Rescue!” Part ONE…”