It was part of a larger group of solo exhibitions titled “Storytellers”, featuring artists Eric Troffkin, Sam Blanchard, Lukas Schooler, Charles Mintz, Amelia Morris and myself. The series of shows ran from June 13th to Aug. 03 and was partially funded by the National Endowment for the Arts.

The show was reviewed for NUVO, an independent newspaper: 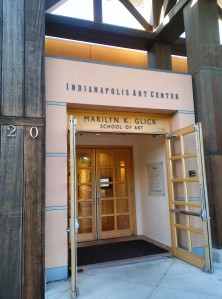 The Indianapolis Art Center is a very impressive Michael Graves building. Lots of space for studios and galleries.

Exhibitions Director Patrick Flaherty showing off the printshop. Patrick has done an amazing job organizing this space and getting the public involved in printing!

Opening reception had a great turnout. 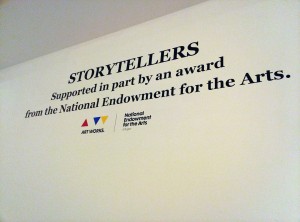 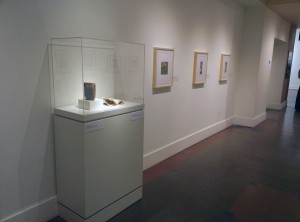 I was able to show my new books… 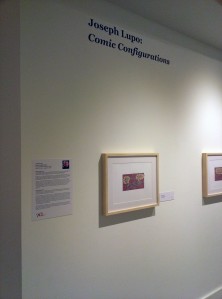 This piece by Sam Blanchard was the best. The balloons were motion activated when someone entered the room, and was inspired by old books on etiquette.

It was a great surprise to run into WVU student Sam Boehm who drove all the way from Morgantown to see the show. Thanks Sam!

Morning walk gave me a nice view of the city…

…AND I was able to squeeze in some comic shopping too…

Thank you so much to Patrick and everyone at the Indianapolis Art Center. They were so supportive and easy to work with, I highly recommend either taking the time to visit or applying for one of their many calls for artists.